Discover our courses, clubs and sports!

Visit the centre of NT life!

Please excuse the smell. The waterless urinals in the boys washrooms are being replaced today.

The Junior Football team defeated Etobicoke 26-7 today and has advanced to the TDSB Title game next Thursday against Northern SS at 11:00 am at Esther Shiner Stadium (Bathurst Street and Finch Avenue West).

Every school that our junior team has faced is a school with an established Tier 1 senior program. According to our chief athletic historian, Danny Russell, this is the first time the Juniors have made the city finals since 1989, which was before amalgamation.

NT will be used as a polling site on October 27th. Our Commons has been permitted. A hot lunch will still be served from the servery, but seating for students will be unavailable.

WEDNESDAY NOVEMBER 5TH
9:15 – 10:20 am
IN THE AUDITORIUM
ALL STUDENTS WELCOME
PRE-REGISTRATION REQUIRED
SIGN UP IN THE LIBRARY 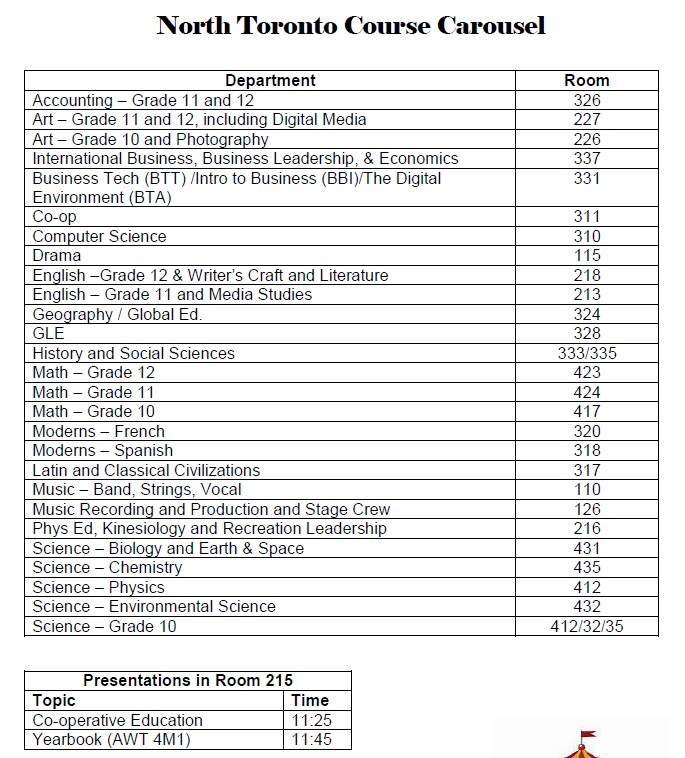